Storyfing the Recruiting Process of a Chieff Accountant for the Italian subsidiary of an International Group.

This is the story of a recruiting project of a Chief Accounting Manager for the Italian subsidiary of an international company .
By telling the story, we hope to learn what it could be improved in our partnership with client for increasing effectiveness.

Former Company Chief Accountant had left the company one year and a half ago. 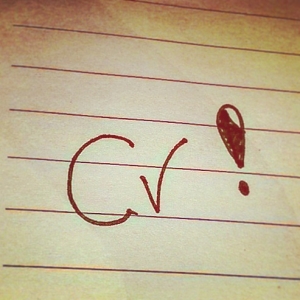 International headquarter in Spain had posted an ad on a local newspaper close to Italian subsidiary site. They had collected some CVs. Three candidates were invited in Madrid for an interview. None of them resulted suitable.

A few months later, company HR manager applied to Niederdorf Italia for running the search. Four days later a first Skype conference was organized for defining the needs and the position searched. At the same time anticipating the approach we would recommend for running the recruiting.

The challenge, we agreed upon, was to provide international HR manager with candidates sourced from our database to share during a phone call a few days later.

During that phone call first six candidates where identified. On the next day 6 cvs were sent to HR manager who gave us a feedback about the most suitable ones to be interviewed in order to introduce the most qualified ones to the Financial Manager, the future functional report for new Hire, during her next visit to Italy.

The order to proceed was confirmed by the company.

Two weeks later between 6 and 9 pm two first candidates were introduced to spanish Financial Manager and to the Sales manager in Italy at Niederdorf Italia offices.

The next following day a third candidate was introduced to company managers.

Feedback collected by our counterparts turned out to be positive: there was a special interest for one of the candidates.

The company need to have more interesting candidates for getting an additional option to compare the good one with, made us continue with the search.
A few days later two additional candidates were introduced to the Italian sales country manager, while the financial manager could not organize her travel to Italy.

After the meeting with company managers, both candidates shared with Niederdorf Italia their interest in proceeding and getting to know more deeply company organization.

Next following days after meeting with the second candidate (who turned out to be really very interested and enthusiastic towards the company and the position), we strongly suggested to run a Skype conference in a short time with the financial manager.

We could get the reply one week later by the HR manager with the proposal for a date for the Skype conference. Unfortunately on that suggested day the candidate was in Germany and was not in a position to run that call and he suggested to have it scheduled for the next following week. 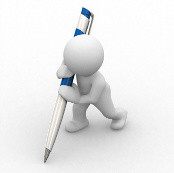 The HR manager and Financial manager did not want to wait and called directly the candidate in the evening on his mobile phone, while candidate was in a car in Germany, with customers in an uncomfortable situation (he was driving a car and a hard to hear line).

They could not have a real and thorough conversation and the candidate, on his side, could get more information about the company, his future manager and their expectations.

We then strongly suggested to organize a Skye conference on the next following week. On that week the HR manager was on holiday and no conference could take place.

Candidate shared with us he would like to learn more about the position.

It was at that point important to have first another step before running towards the following one with the contract proposal.

The HR manager decided then to buy the flight ticket for the candidate who would have needed to reach Madrid the week later. That was Easter following week.

No consulting with the candidate about his readiness to go to Milan to catch a flight at 6 am (from where candidate lives in Veneto), caused a reply on side of the candidate: that would not be possible for him (here we need also to consider that an administrative person in general is cautios and may not be used to jump on an opportunity or on a flight with a short period, etc etc.) . In addition to that, candidate on those days was living a very critical situation in his actual company and could not really leave the company on that suggested day.

The HR manager reacted very emotionally: he offered to meet the candidate on the next following week but at that point he should buy a flight ticket by himself.

Until that point candidate had only one real opportunity to meet with the Italian subsidiary sales manager.

All of this process caused lack of motivation both sides, and lead to the decision by the company not to proceed with that candidate. This decision has been communicated to us, at that point two months after project start.

On that date the HR manager considered to get back to first candidate they had met.

A contact was soon made with the first candidate who announced that in the meantime she run into a very critical situation with his father who was very ill, in the hospital.

She agreed anyway to have a meeting with the Italian sales manager at local subsidiary few days later.

Unfortunately on that specific day she made a phone call telling us that her father entered a final critical situation, so she could not go and attend the meeting. And asked for an appointment on the next following day.

The HR manager was then very angry and informed our consultant he did not intend to proceed neither with second or first candidate. 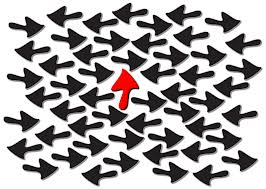 We went then on searching further candidates.

Additional fourteen cvs were collecteted and candidate phone screened and met. The outcome was four additional interviews. And two potential candidates where highlighted to the company: those two candidates were soon ready to meet with the company.

On the day after additional information, the HR manager at company headquarter expressed, on a phone call to our consultant, his strong disappointment for the lack of results so far.

We really aimed towards getting a feedback from our counterpart in order to learn how to become a better partner for the company.

The HR manager could not express any suggestion and just answered: “you should know what you should do better”.

Lots of search and consulting within our company specialist occurred throughout all of those steps during the two months.

Finally the company ended up to decide and meet the two additional candidates.
A similar situation occurred again and one additional very motivated candidate ended up to refuse company offer.

The other candidate was considered competent and motivated (his actual company was closing down and he was very motivated to move) but not suitable for the company (living too far from company site) and we needed to provide him with a “no thank you”.

How did the story end?

Five months later last refused candidate got again in touch directly with the HR manager, expressing his strong will to work for them .
The HR manager was very tired about the whole story and wanted to finally hire someone. So an offer was made to the candidate who started his job a couple of weeks later.

Lack of trust and transparency in communication created bad feeling on both sides, that could not contribute to an agreed and balanced hiring process and could not, take to aimed goals.

Moral of the story? No results are possible without an effective positive partnership between all actors in the recruiting process.

About the Author: Giovanna Combatti